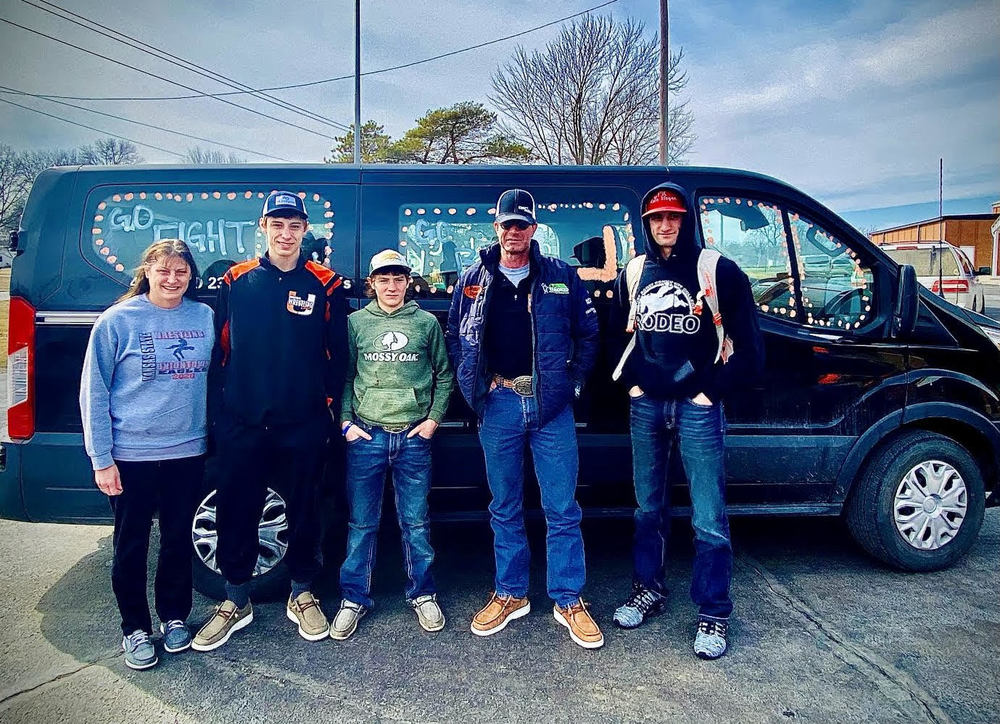 Eck defeated Brent Escareno, of Eureka, in the championship match by fall in the second period.  Eck finished the season at 37-2 overall with wins over Escareno in the finals the last two weeks of the season.

Bryce Eck, Head Coach Willie Hathaway, and Assistant Coach Andy Eck were met by a crowd of well-wishers upon returning to Uniontown on Sunday, February 28.

Congratulations to all of our Uniontown HS wrestlers, the coaches, and Bryce for an outstanding season.