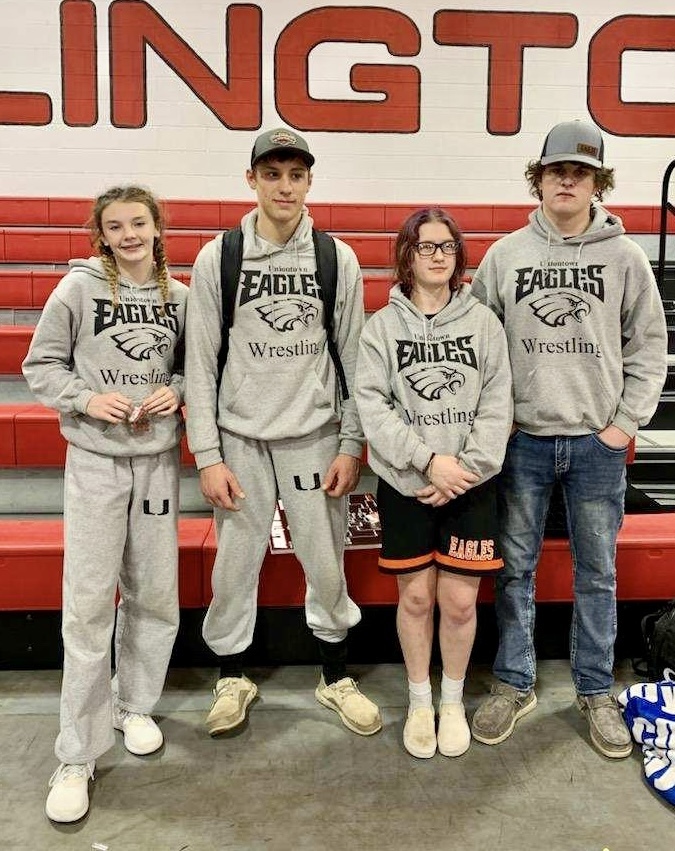 Bryce Eck placed first in the 160 lb weight class and Madison Shepard and Trista Briggs both placed 4th in their respective weight classes.

Bryce Eck was also named Outstanding Wrestler as voted on by the coaches. Congratulations for that honor Bryce!

Congratulations to all the wrestlers who competed and Go Eagles!